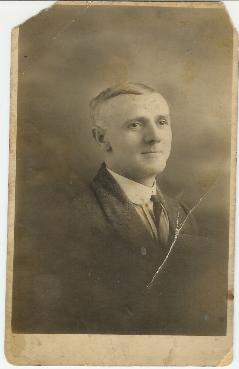 "If it helps there was a photo of him among some stuff of my mothers and it gives his middle name - written on the back of the photo as George Albert Lee.

Think they had a shop on Walkley Road at one point - next to the chip shop, according to my mum - I remember that cos of the story about the man who fetched his chips in a violin case! Other than that somewhere in the bottom reaches of my memory I think mum said he was a foreman in the steel works - but that may be my imagination!

Pretty sure he was still alive when I was born (1958 - groan) though i don't really remember him. And I think he bred Staffordshire Bull Terriers at some stage - none of which is probably helpful! Auntie Diane might remember differently and I would bow to her superior knowledge every time!"