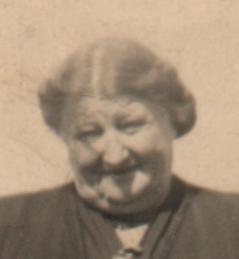 Efforts to find details of John's death have been unsuccessful.

Letitia's entry on the 1911 census shows her as the head of household, yet married (not widowed), and that her marriage to John has been of duration 36 years, which fits with John still being alive.

Marriage certificate of John Nelson and Catherine Hynd Reid (29 Dec 1911) do not show John as being deceased, indeed they give his occupation as Gardener (a change from the previously cited 'Coalminer').

Marriage certificate of Letitia Nelson and David Ritchie (11 Jun 1915) does not show John as being deceased.

Letitia Kells' death certificate of 12 Feb 1942 describes her as being the widow of John Nelson, she he predeceased his wife, but when?7,9,41,42

From 1911 census entry, we know Letitia had 10 children, of whom 6 were still living.